Montalcino Tour: the king of the tuscany wines and it's town

Really nice town where you can find a lot of small producer to see with you eyes how they make the famous Brunello di Montalcino.

Situated on a hill and developed around an ancient fortress, Montalcino immediately fascinates its visitors.

Small gastronomy shops, narrow streets and the reality of this small country had inspired the genuineness and dedication of the people who had created and produced what probably is the best Italian wine. Brunello di Montalcino.sq.montalcino

The history of this village started with the first Etruscans' allocations during the Hellenistic period and it continued with the construction of defensive fortress in the VI century ac as well as with various building works taken place to defend the village. However, it was abandoned and left to ruin until approximately the III century ac.

The first written document about Montalcino is dated 715dc and is signed by the King of the Lombards. It regulates a dispute Bishops regarding the property of some churches.
In the 815dc other documents told us about the Montalcino's territory donation to the Abbey of Saint Antimo, which, according to the legend, was funded by Charlemagne in 781dc.

Later, in the Renaissance, there were some disputes going on between Senesi and Florentines.
After the taking of Siena by the Florentines in 1555 Siena people became refugees where they were protected by the walls of Montalcino. Refugees of the war established the Siena Republic which was legitimate until 1559
.

Later in that year the territory was annexed to the Grand Duchy of Tuscany and controlled by the Florentines.
In addition to the ancient walls, gates and Montalcino's towers one can admire the Town Hall, the churches of St. Francis and St. Augustine having examples of Senesi painting school, the Cathedral, the archades and much more.
You can indulge yourself in an atmosphere of calmness and peace of mind experiencing the walk of life - marked by the seasons and the production of the famous Brunello di Montalcino wine which is the great attraction of the place.

The area that surrounds the country is what gives the name to the famous wine, and here, you can find many wine cellars to visit and many wine tasting events to go to - from the most famous producers as Biondi Santi to small cellars.

You will be given a real opportunity to taste this Tuscan treasure directly from small farms and to get in touch with the producers of this precious wine directly from the source.

Only the best wines of Tuscany, a tour to discover and appreciate the two towns of Montepulciano and...
City, Wine Tours
Car
Montalcino + Montepulciano
From EUR200.00
10 Hours 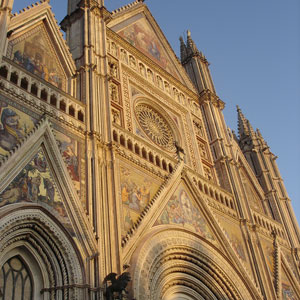